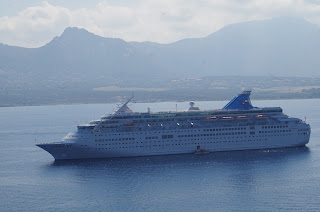 Just back from a week in Palmanova and a Mediterranean Medley Cruise on the Thomson Majesty.
Photos available HERE
Posted by Rick2168uk at 09:34 No comments: 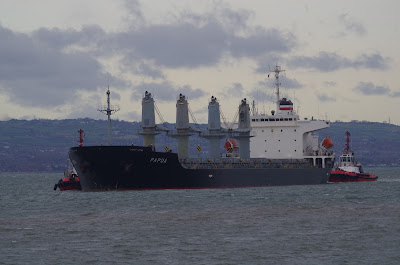 Today at Belfast we had Granuaile,  Americaborg in Pollock Dock. Tango Sol and Cemsol on Gotto Wharf. Petra, Nikar G and Arklow Rival on Stormont Wharf. Bro Deliverer and Bro Distributor on OBs1 and 2 with Luke on OB3.
Nordstern on Musgrave Scrap Wharf. Arrivals included Papua, Lafjell and Francop. Other sightings were Sea Installer, Svenja, Kumano Lily and Akela.
Photos HERE and Video HERE
Posted by Rick2168uk at 19:29 No comments: 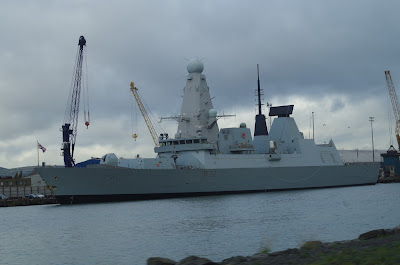 The ships – from the Standing NATO Maritime Group One (SNMG1) arrived in Belfast this morning. The Group consists of Spanish, Portuguese, German and Royal Naval vessels.  The Group had been due to visit Belfast in mid-October but were diverted to shadow the Russian Naval Group that moved through the North Sea to the Mediterranean.
The ships in the group are; ESPS Almirante Juan de Borbon, a Spanish frigate NRP Alvares Cabral, a Portuguese frigate; FGS Ludwigshafen and FGS Rhon, German naval corvette and support ship; and finally HMS Duncan a Royal Navy Type 45 Destroyer and Belfast’s own affiliated ship. They will be in Belfast until next Monday.
Posted by Rick2168uk at 16:49 No comments: 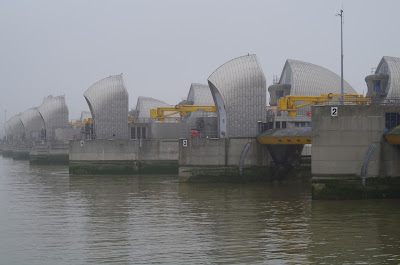 Just home from a trip to London.
Photos of River Thames available HERE
Posted by Rick2168uk at 18:21 No comments: 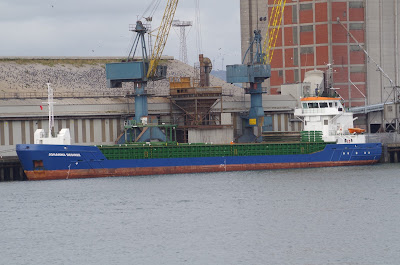 Just 7 for today at Belfast.
On Stormont the general cargo ships Kristella and Johanna Desiree along with the bulk carriers Belasitza.
On Ship Repair Quay the Svanen and on Comissionimg Quay the tug Little Mo and the dredger Lough Foyle. Container ship Anne Sibum
Photos in October album HERE
Posted by Rick2168uk at 17:26 1 comment: 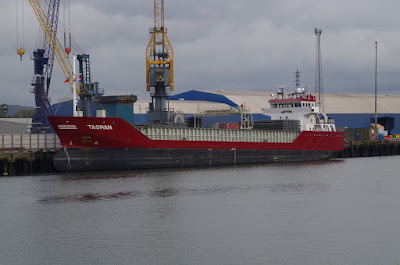 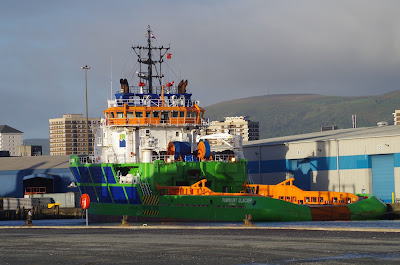